Beowulf – A Thousand Years of Baggage is an exhilarating SongPlay based on the 9th century epic poem that hearkens back to the raw and rousing style of storytelling in the old Scandinavian mead halls. Mixing reverence, provocation and satire, this award-winning, critically acclaimed extravaganza posits the notion of Hero versus Monster and defends this most dreaded Old English document through rowdy debate. Backed by an explosive, blaring seven-piece band, the show swells into a jubilant celebration of Beowulf. Battles emerge in the aisles and on top of tables, plunging the audience into the middle of this unique theater experience while enjoying a beer from the bar. Original music combines Weillian cabaret, 40’s jazz harmony, punk, electronica and Romantic Lieder, turning the stage into a cacophonous swirl. “The resulting adaptation skewers, celebrates, and deconstructs “Beowulf’’ in an effort to reclaim it from years of academic analysis and return it to its roots as a visceral, pulse-pounding tale.”
– The Boston Globe

“Yay! This is such fun. Smart, thoughtful and tuneful, too…Beneath the poking fun at academia, the deconstructions, the rock anthems and the swagger is an interesting consideration of patriarchy, outsiders and what it means to be a muscle-bound warrior…There’s a terrific band, witty lyrics, severed limbs, a goldfish bowl full of blood and a fantastic ensemble who use the space with swaggering confidence…boldly theatrical, full of bravado and even as it playfully tears the narrative apart, it never forgets that it has a story to tell” – Lyn Gardner, The Guardian

“5 Stars…Beowulf – A Thousand Years of Baggage is one of those shows that makes the Fringe: a riotous performance and a great example of how stunning experimental theatre can be. Actors and musicians roam about the spherical room, hiding behind pillars, kicking over chairs in blind rage, standing atop tables and helping themselves to drinks at the bar, even offering them to the audience. It’s messy but effective and we are immersed in an underworld of betrayal and Anglo-Saxon limb extraction. The music is thunderous and unpredictable, supported by emotive and pitch-perfect vocals. The spoken portions are poetic and melt effortlessly into the accompanying music and acting…While it’s cacophonous and brutal, there are moments of tenderness such as those between Grendel and his malevolent mother. Beowulf is gritty, daring, intelligent and cleverly executed.” – Rebecca Paul, The Skinny

“Raucous and defiantly raw…pairing a full band that encompass numerous musical styles – from Weillian cabaret and jazz harmony to punk, electronica and more experimental sounds – with a some brilliantly understated performances, the result is unpretentious, yet also rousing…This is a production about breaking down the conventions of classical adaptations and celebrating an anarchic style that might not encompass every plot detail, but captures a visceral truth that traditionalists may have forgotten.”
– Sally Stott, The Scotsman

“…This stripped-down version of Banana Bag and Bodice’s metamusing on the Old English epic seems funnier and more terrifying than ever…”
– Helen Shaw, Time Out New York

“…a thrashing, bashing rendition of the ‘Beowulf’ story…with music that demands to be described at demented…”
– Neil Genzlinger, New York Times

“One of the most exciting and unusual theatrical events of 2008”
– Robert Avila, SF Bay Guardian

“Hilarious…clever…has the makings of a cult fave.”
– Variety

“…a blend of bawdy, bloody, ironic, lusty and honest. ”
– The Hour, Montreal 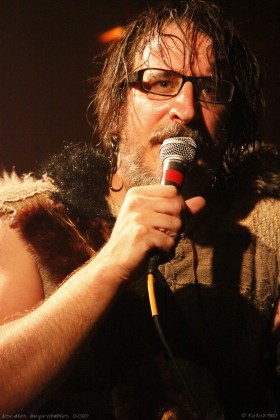 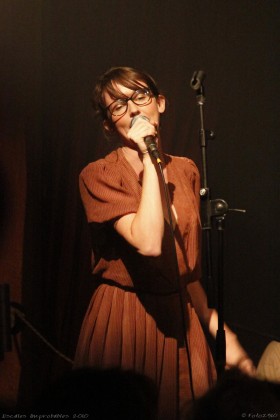 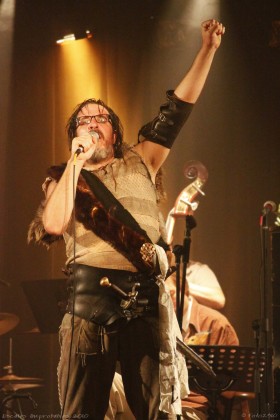 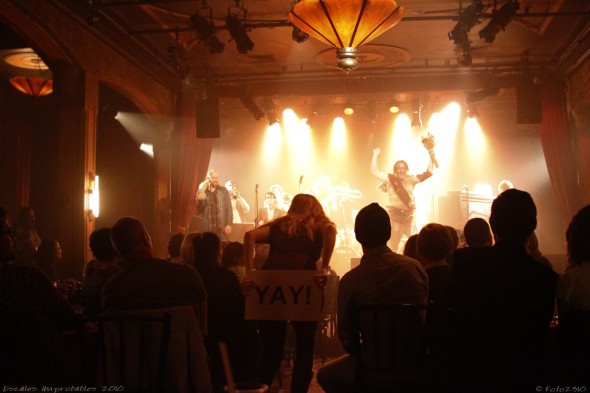 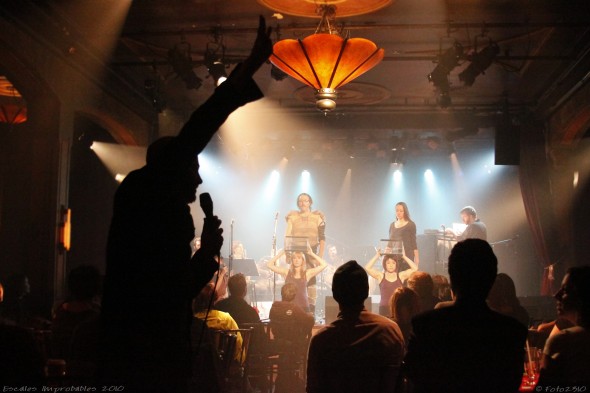 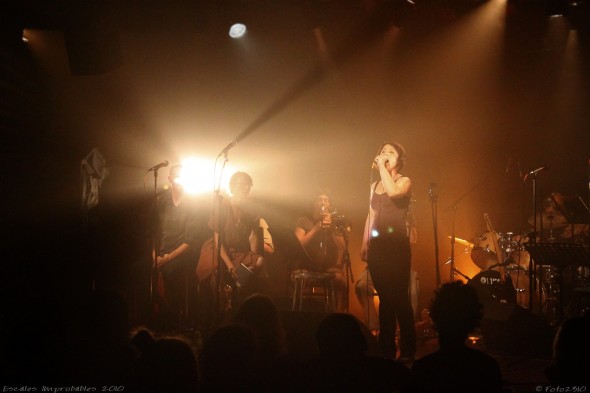 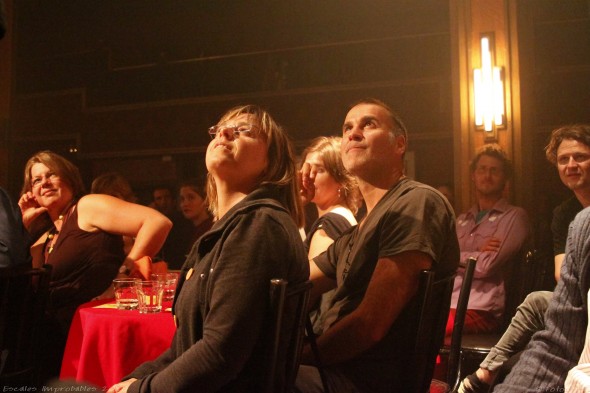 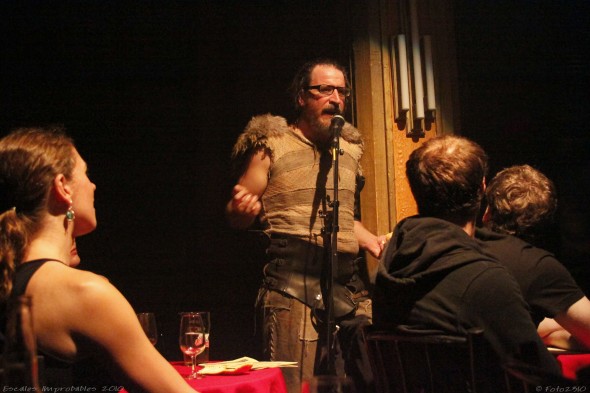 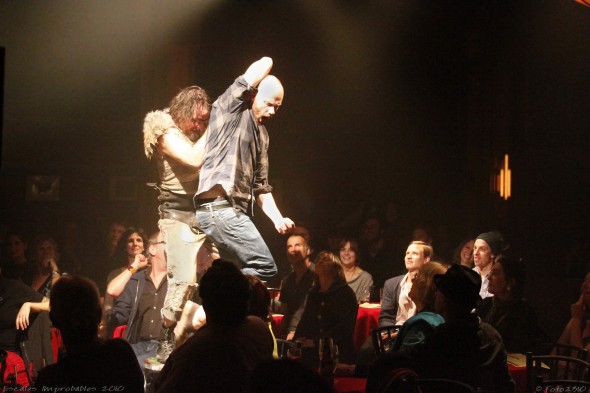 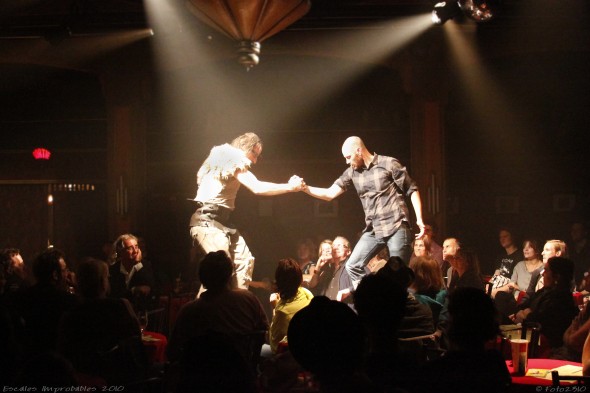 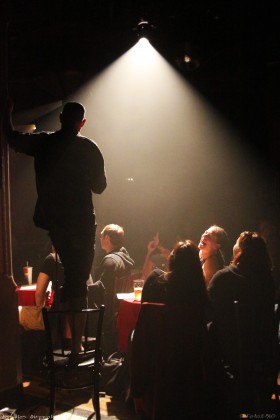 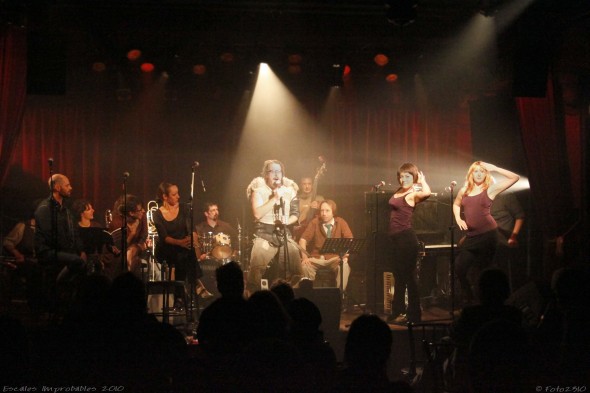 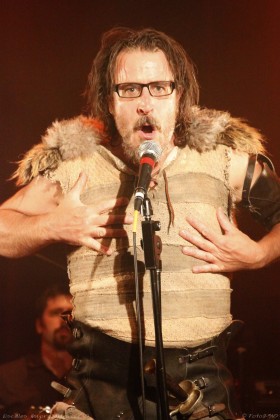 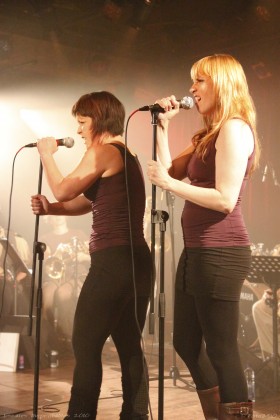 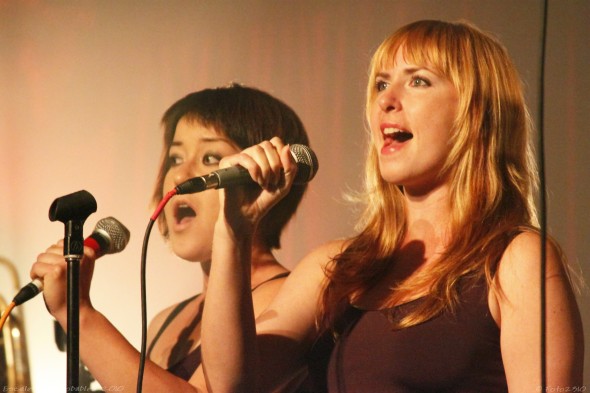 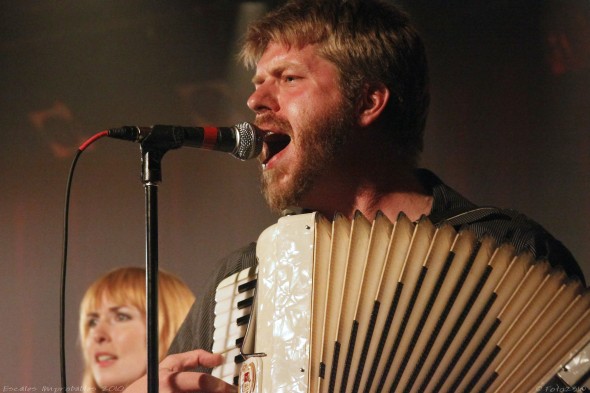 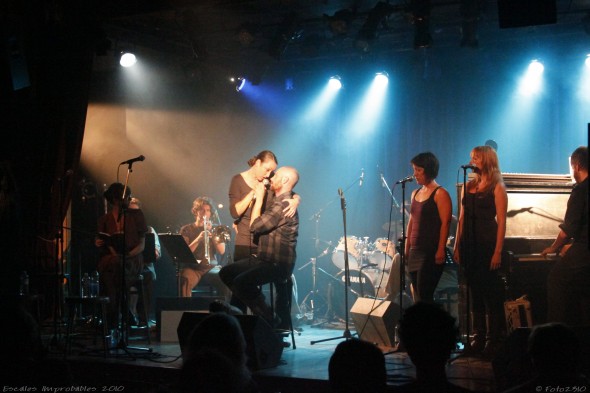 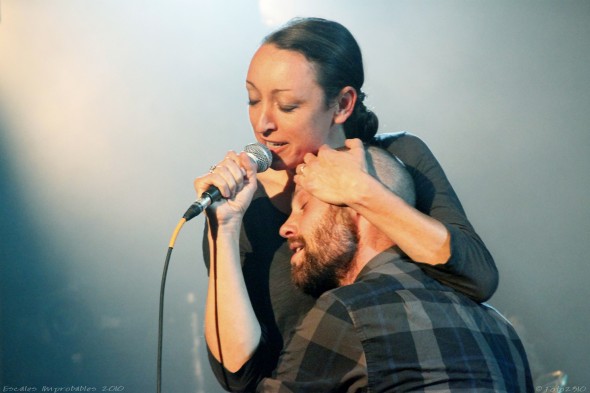 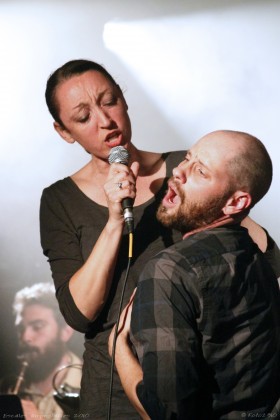 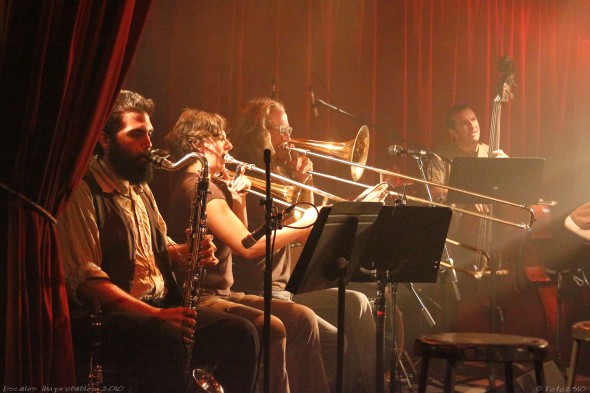 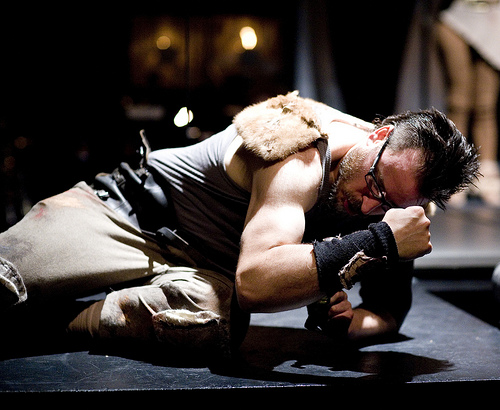 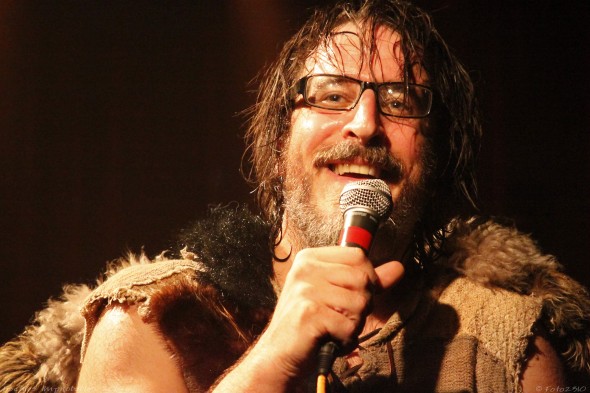 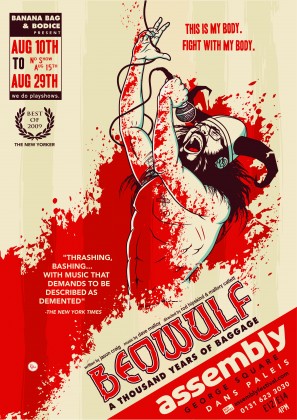 Update Required To play the media on this page, please update your browser.

Beowulf – A Thousand Years of Baggage

“Hilarious… clever… has the makings of a cult fave.”
– Variety

“…a blend of bawdy, bloody, ironic, lusty and honest. “
– The Hour, Montreal